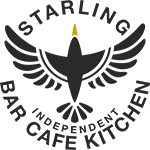 The production reflects the band’s growing interest in a range of styles beyond their punk roots, including Reggae, Rockabilly Ska, Lounge Jazz, and Hard Rock – all popular at the time. Themes explored in the songs include social issues such as unemployment, racial tension and drug abuse plus the responsibilities of adulthood

The fun starts at 7.30pm with an introduction from Graham Chalmers, our very own professor of pop! Playback of the album on vinyl follows at around 8.00